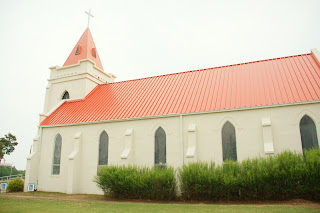 In the afternoon we went with Abbot Lawrence further south to the original site of the abbey. What a beautiful and peaceful site. The Sacred Heart Church which is still used by the surrounding rural population ministered by Brother Adrian is so beautiful. 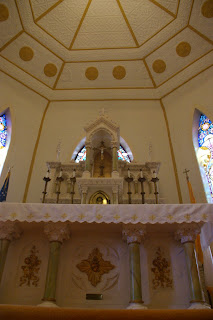 From the outside it has a lovely charming simplicity while inside it glows with stunning stained glass windows and beautiful tin work covers the wall and ceilings. 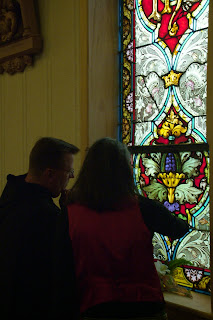 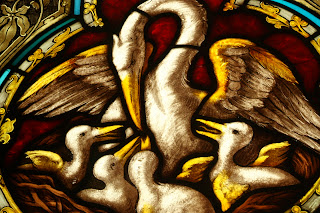 Abbot Lawrence talked about all the symbolism in the church as you can see in this stained glass. Hear more about it in our documentary as there is a reason for all of the imagery. 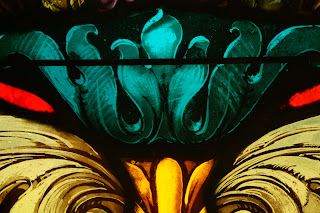 I interviewed Abbot Lawrence who is articulate and fascinating. You can feel the passion he has for the Abbey and the work that he does for the Catholic Church. Interestingly Oklahoma is primarily a Baptist state with a minority of Catholics. Abbot Lawrence spoke in depth about how the catholic church has encouraged and fostered art as a vehicle for bringing us closer to God. As artists we owe them a great debt of gratitude for this. So much fine art of the centuries would not have been preserved, as well as being created through their generous patronage. When you hear Abbot Lawrence in our documentary you will experience the moving feelings I had as an artist hearing him talk about the importance of our connection with beauty in touching into the God within all of us or if you consider yourself a more spiritual person than religious the connection with universal spirit that binds us all together. 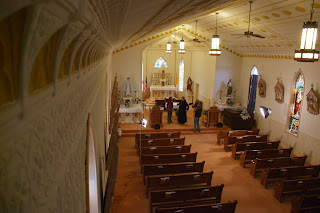 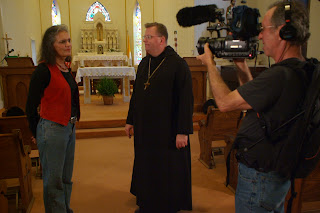 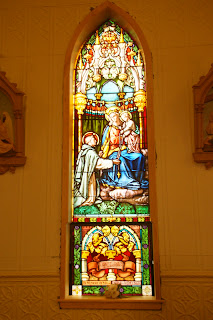 The Abbot took us around the original abbey grounds where there is a special sense of place altho all that remains are the foundation rocks and a beautiful stone building that was the bakery built in 1881 making it one of the oldest buildings in Oklahoma. To the trained eye the site abounds with history from the plants and shrubs placed there to the two cemeteries and the tree lined lane that transports you there and the old spring house that has been restored through the generosity of the Citizen Potawatomi Nation as well as a log cabin on the site.
http://www.potawatomi.org/
The Citizen Potawatomi Nation exercises governmental jurisdiction in an area bounded by the North Canadian River, the South Canadian River, the Pottawatomie-Seminole County boundary (on the east), and the Indian Meridian (on the west). The Citizen Potawatomi Nation's right to exercise sovereign authority has been recognized since time immemorial. 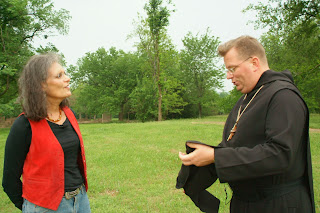 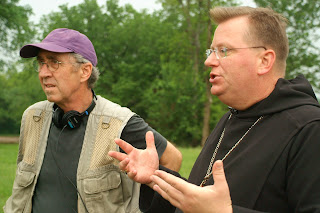 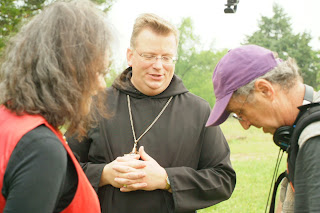 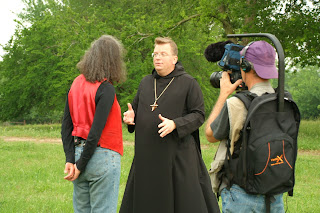 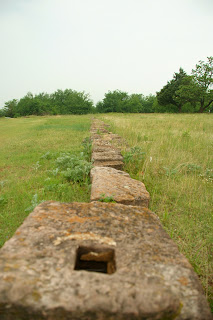 Some of the remaining foundation of the original abbey... 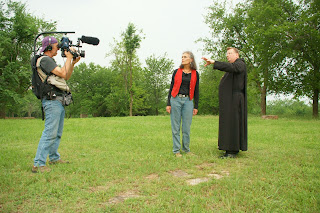 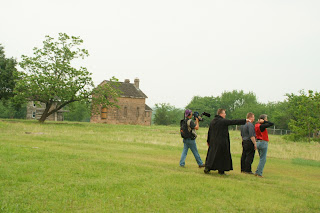 In the distance is the original bakery and the log cabin, the only building remaining on the site. 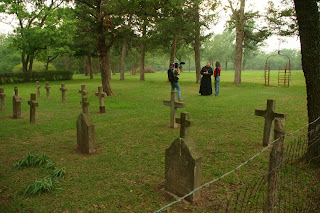 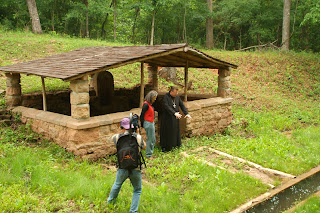 The Spring House
And finally the beautiful lane that leads us into and out of the site of the old abbey, a place of great peace, beauty and thoughtful placement of the original building, planting of trees, gardens and cemeteries. 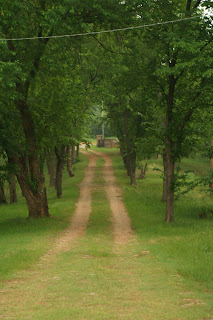