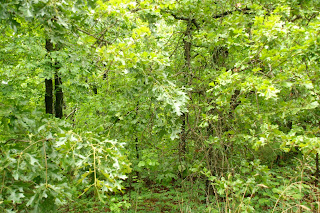 Bob and I spent three hours exploring the Keystone Ancient Forest Preserve managed by the Nature Conservancy and the city of Sand Springs.
http://www.nature.org/ourinitiatives/regions/northamerica/unitedstates/oklahoma/placesweprotect/keystone-ancient-forest-preserve.xml
Excerpts from the Nature Conservancy website....
Ice? Fire? Drought? This ancient forest is made of tougher stuffthan most people know. These hard-crusted trees, some of them 300, 400, even 500 years old, stand as a sage army of post oaks and redcedars, undisturbed, unyielding, less than 15 miles from Tulsa, marking the gateway from the deciduous forests of the East to the prairies of the West.
While some would consider the area's beauty subtle, its history is anything but that. The crosstimbers originally covered 30,000 square miles, stretching from Texas through Oklahoma and into Kansas, and they were here when European explorers wandered through the state and when Indian tribes called it home. They here before this was America. The crosstimbers earned its name from settlers who found much of the thick forests impassable as Oklahoma Territory was opened for settlement. American writer Washington Irving passed through in 1832 and wrote of the "vexations of flesh and spirit" that set upon the travelers who he said felt as if they were "struggling through forests of cast iron." 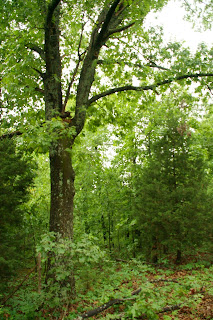 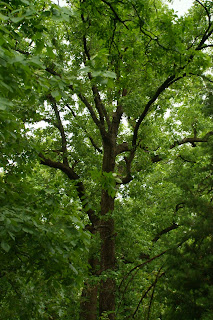 Although the trees are not that broad in girth they are very old, some 300 to 500 years old but the harsh climate and rather poor red soil keeps them from becoming any larger in this harsh, drought-ridden, wind torn landscape but their twisting shapes are very beautiful and some of the oldest have been hurt by lightening strikes. 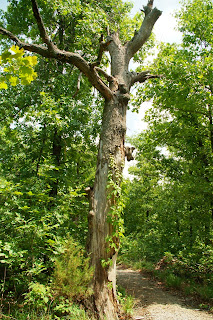 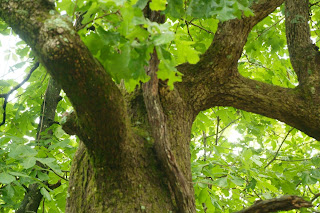 Although I have already done several paintings and drawings inspired by these trees, I have a number more planned for my installation in conjunction with the documentary when it is aired at the Mabee-Gerrer Museum of Art. 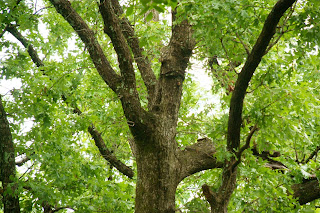 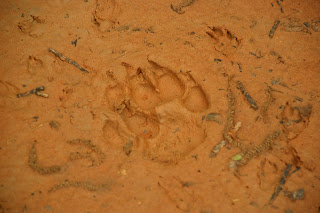 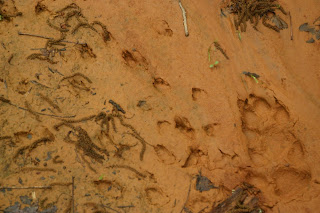 These photos are all my own but Daniel Lay has been assisting us on some of our shoots and the pictures of Grace Grothaus in her studio are all shot by Daniel who has been a huge help on our shoots.
Posted by Fran Hardy at 9:55 PM