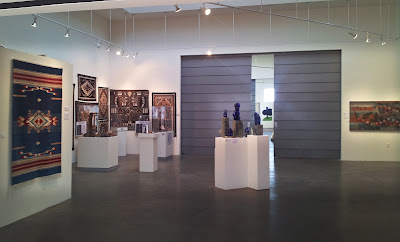 Our Earth Chronicles Project: New Mexico screening of the documentary in progress and exhibition of the artists interviewed in the documentary is presently up at the Santa Fe Art Institute 1600 St. Michael's Drive in Santa Fe.

http://www.sfai.org
http://sfaiblog.org/2013/03/14/earth-chronicles-project-the-artists-process-new-mexico/#more-2100
For more in depth info go to the SFAI blog link above.

Encore Screening of the documentary: May 13 at 6pm
Encore Screening and Q&A in partnership with the Nature Conservancy
With filmmakers Fran Hardy & Bob Demboski and Martha Schumann, Nature Conservancy Southwest New Mexico Field Representative
For more information on this special screening
http://www.nature.org/ourinitiatives/regions/northamerica/unitedstates/newmexico/events/earth-chronicles-project.xml


You can also view the documentary and a video installation on our inspiration in New Mexico in two small viewing rooms in the exhibition space if you are unable to attend the encore screening of the documentary.
Here is a map to reach SFAI: 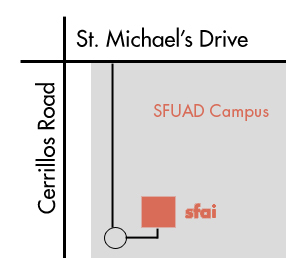 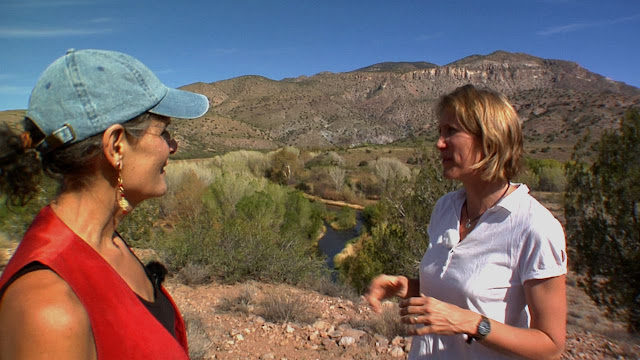 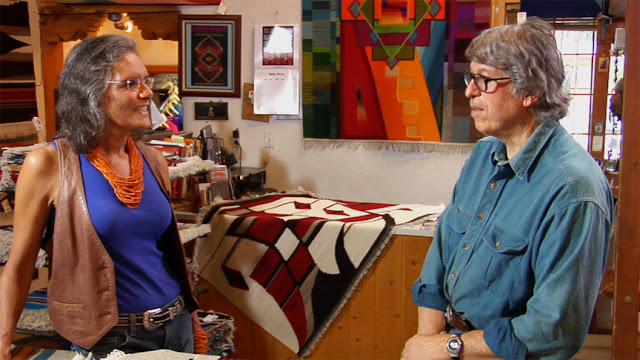 More pictures of the exhibition: 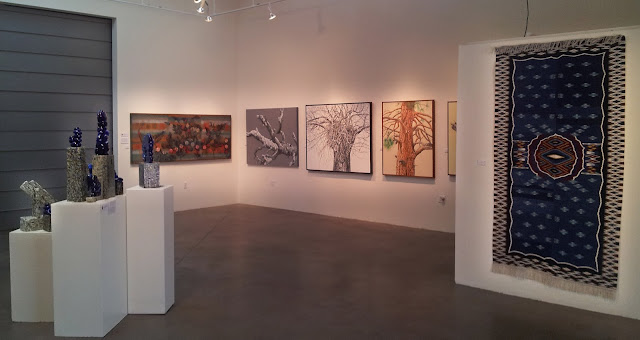 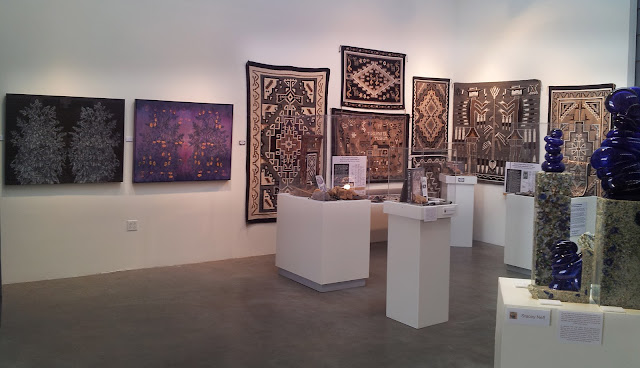 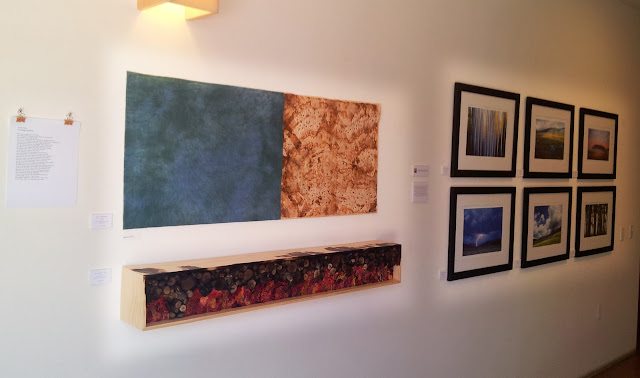 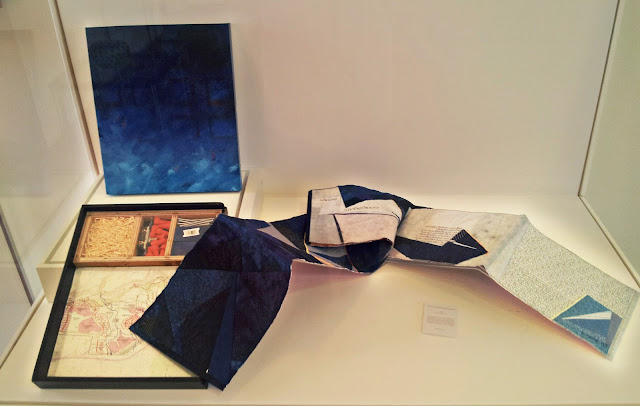 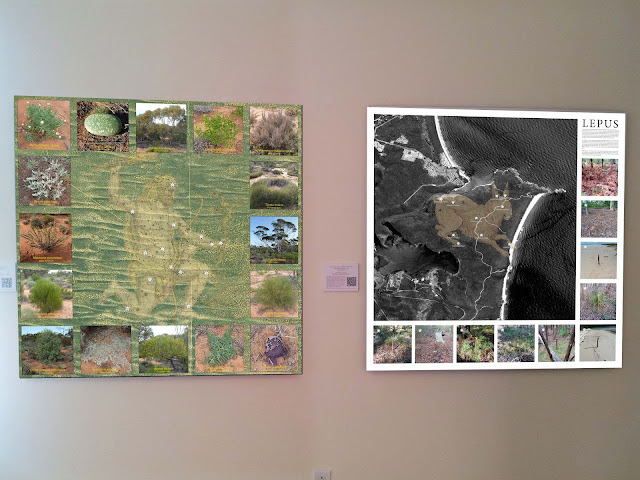 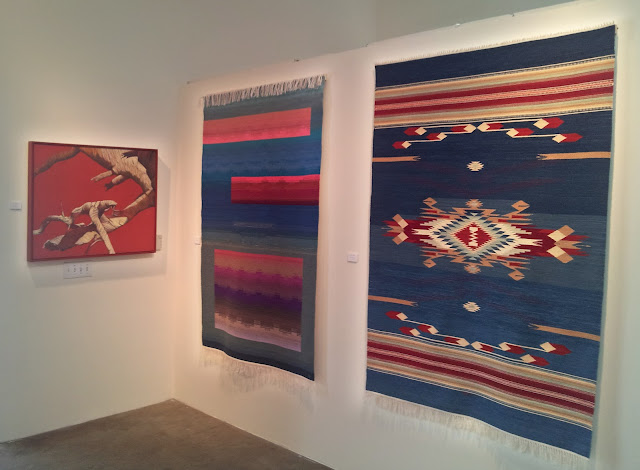 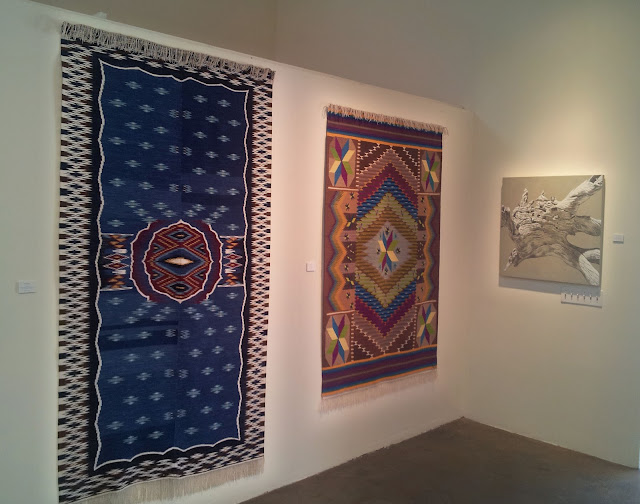 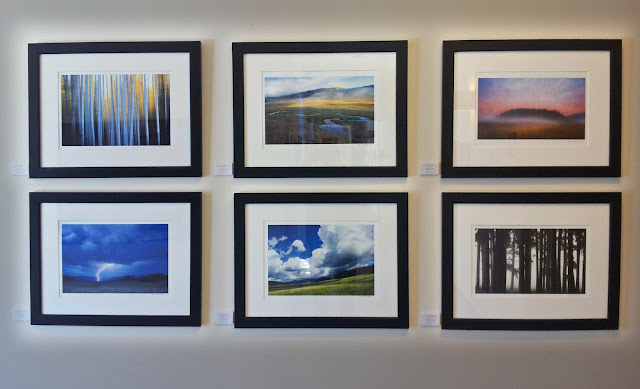 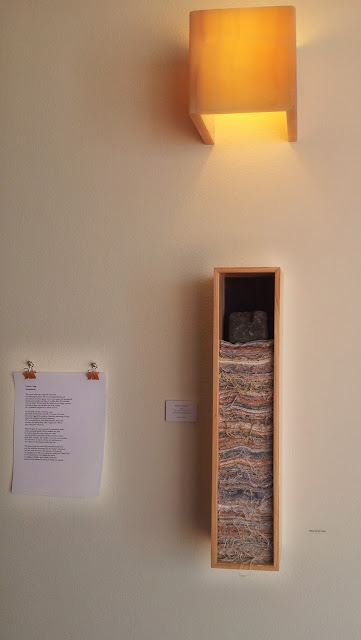 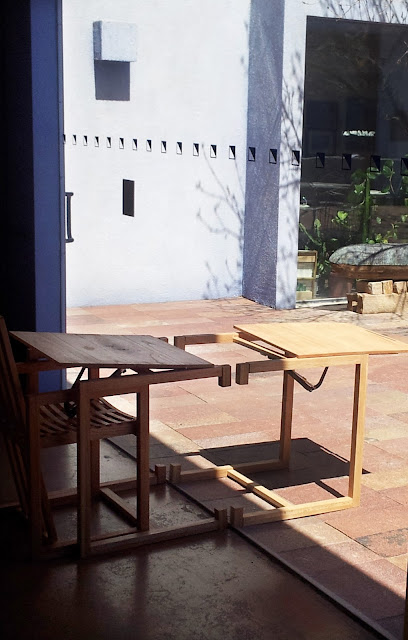 This is what Catherine has to say about the motivation for her installation:
The unifying idea is "reflection" -- the person can sit, the bird can perch.  Each side of the desk can rise and fall with the temperature.  A gas cylinder controlled arm moves them upwards if the ambient temperature is over 70 degrees or so.  The expectation is that the indoor one would move less, being climate controlled, but it is possible that the solar gain of the window will move the arm more. 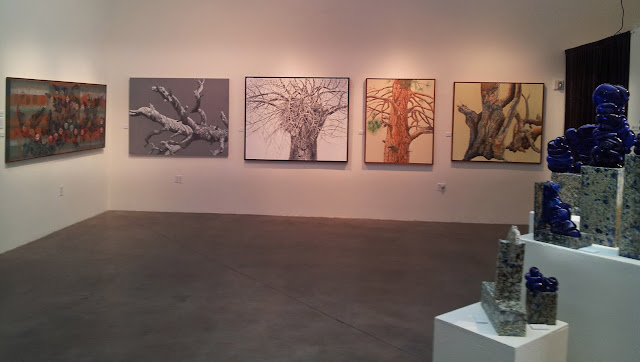 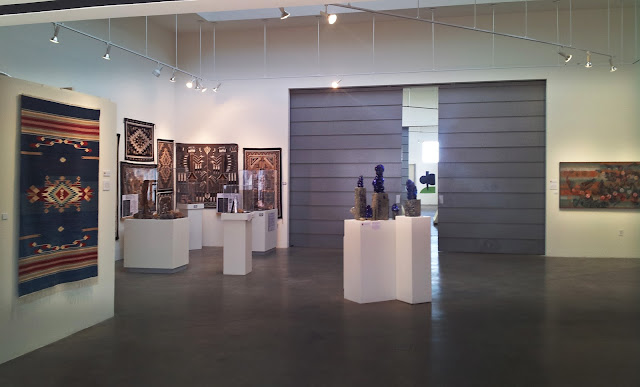 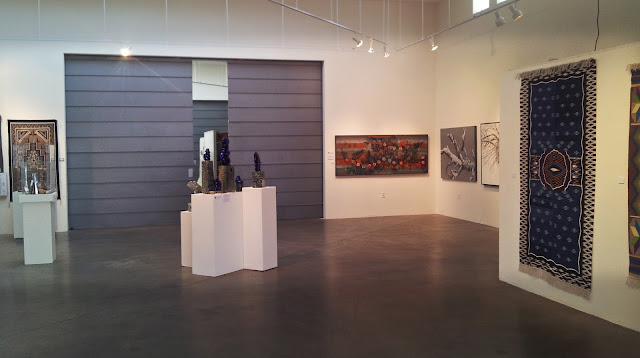 I have blogged about each of these artists individually on previous blogposts so go back to other blogposts to read more in depth writings about them.

For more information on the New Mexico Nature Conservancy's work in the Gila Riparian Preserve and the Mimbres River Preserves:
http://www.nature.org/ourinitiatives/regions/northamerica/unitedstates/newmexico/placesweprotect/the-gila-riparian-preserve.xml
The Gila Riparian Preserve protects more than 1,200 acres of the southwest's fragile riparian habitat and the verdant gallery woodland among the Gila River, the last of the southwest's major free-flowing rivers.

In 2009, the Conservancy added four acres of important riverside habitat to the Gila Riparian Preserve. The new stretch inserts an important piece to this project area, which includes the preserve and more than 250,000 acres collaboratively managed by the Conservancy, local landowners, federal and state agencies and local organizations.

The Conservancy's long-term vision for the preserve is simple: Let the river rediscover its natural floodplain and enable new cottonwoods and willows to spring up, providing habitat for neotropical migratory songbirds, especially southwest willow flycatcher—a species whose population is in trouble.

The Gila River supports one of the highest concentrations of breeding birds in North America and an astonishing array of plant and animal life. In the river are found several fish, including the loach minnow and spikedace, which are federally listed as threatened. A host of other rare animal species also use the preserve's habitats.
http://www.nature.org/ourinitiatives/regions/northamerica/unitedstates/newmexico/placesweprotect/mimbres-river-preserve.xml


In 1994, the Conservancy established the Mimbres River Preserve in southwestern New Mexico, near Silver City. The preserve is an irreplaceable riparian area covering 600 acres and five river miles. The river is a closed-basin desert stream—meaning its surface water never flows out of the Mimbres River basin. But over its 40-mile length, the Mimbres covers a wide and diverse landscape, from its headwaters near 10,000 feet in the Aldo Leopold Wilderness of the Gila National Forest to its terminus in the Chihuahuan Desert grasslands near the Mexican border.
The Mimbres watershed includes dense forests of Douglas fir and ponderosa pine, piñon-juniper savanna, desert grasslands, Chihuahuan desert scrub, riparian forests, cienegas (or marshes), springs and stream reaches that may be perennial, intermittent or ephemeral.  The basin, located between the mountains of the Mogollon Rim, the Rio Grande watershed and the Chihuahuan Desert, has been alternatively isolated from and connected with other river systems over time.  As a result, the Mimbres has evolved a remarkably diverse fauna and flora, including a handful of species, such as the Chihuahua chub, that are found nowhere else in the United States.
The waters of the Mimbres, replenished by abundant summer rainfall in the upper basin, also support an extensive network of cottonwood-willow forests, sacaton floodplain grasslands (a coarse perennial grass), hot and cold springs and other rare riparian communities.
The preserve was established not only for the characteristic riparian communities it supports but to conserve river habitat for the endangered Chihuahua chub and Chiricahua leopard frog. The chub and leopard frog have declined because of habitat degradation due to water withdrawals, river channelization, parasites and pathogens and the introduction of non-native fish species.