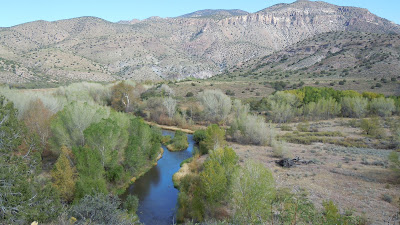 We spent three days in southeastern New Mexico as guests of the Nature Conservancy and interviewed the director of two important preserves there. The Gila Riparian Preserve and the Mimbres River Preserve are two river oasis in a surrounding arid region fed by mountain snow and springs. As a lover of ancient trees I was feasted to ancient sycamores, cottonwoods, box elder and black walnuts that will inspire many paintings. The flood plain of both these rivers enables these trees to become massive and create a riparian delight most would not expect to see in New Mexico. Our state is diverse and captivating with unusual landscapes of such variety. Later we will visit the badlands with journalist and photographer Michael Ritchie who has worked hard to save these unique and completely different ecosystems carved by wind and water. There are ancient trees there too which need to be preserved. I spoke to the BLM forestry director for the region and he said that he had never expected the diversity of trees he has encountered since coming to work in New Mexico. We will show you all kinds of important trees in our state usually known for being a desert landscape. 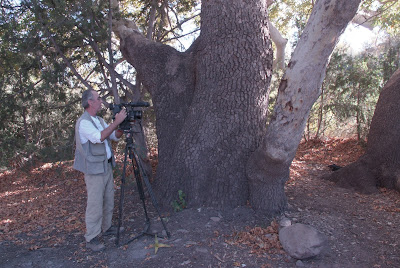 The Gila is free flowing on it's upper reaches in New Mexico so there is a natural floodplain. Below that stretch it is impounded for agriculture by drainage ditches. It is one of the last major free flowing rivers in the southwest so a proposed impoundment of the river in Arizona is of great concern and could alter this riparian wonderland forever. Although it has been a year of drought, we were struck by the
difference in the lower stretches where the water is impounded for agriculture. Certainly we need to maintain a balance between the use of the river for agriculture and the natural bounty of a free flowing river and this is one of the things that the Nature Conservancy hopes to foster in this unique place.

We interviewed Martha Cooper, director of the two riparian preserves. She put us up at
the Lichty Environmental Research Center in the Gila Preserve where she also lives with her husband and 18 month old daughter. Many ecologists, hydrologists etc come through the center to study the river and surrounding wildlife and environment. We have incredible night skies where we live in Lamy, New Mexico but nothing like the display of stars and planets at the preserve which is not affected by the glow of light pollution we experience from Santa Fe and Albuquerque.

The following are all pictures of us shooting with Martha Cooper as she shows us the Gila River and how it is affected by agricultural drainage. Still beautiful but not the rapidly flowing river above the diversions. Her task is to balance the natural order while allowing agriculture which has traditionally been in this valley to continue to supply food and income for the residents of the area. 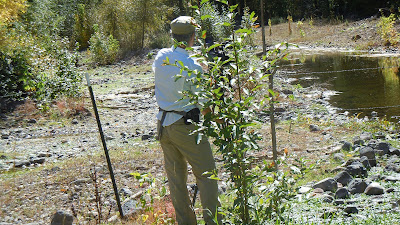 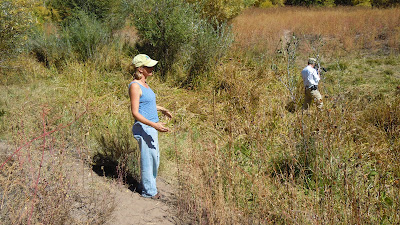 Martha Cooper, director of the preserve in the floodplain 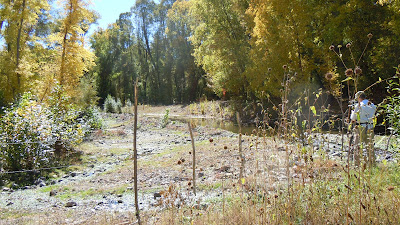 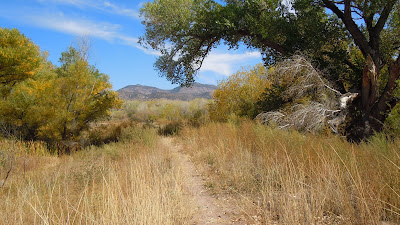 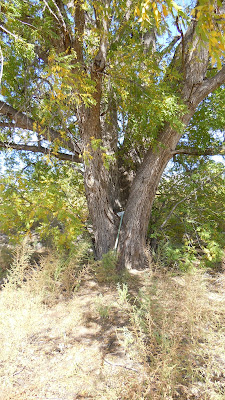 one of Martha's favorite spots below a spreading black walnut

We are so lucky that doing this work on the Earth Chronicles Project enables us to visit these incredible places and meet exceptional people who work with art, ecology and culture in such unique and diverse ways.

http://www.nature.org/ourinitiatives/regions/northamerica/unitedstates/newmexico/placesweprotect/the-gila-riparian-preserve.xml
The Gila Riparian Preserve protects more than 1,200 acres of the southwest's fragile riparian habitat and the verdant gallery woodland among the Gila River, the last of the southwest's major free-flowing rivers.

In 2009, the Conservancy added four acres of important riverside habitat to the Gila Riparian Preserve. The new stretch inserts an important piece to this project area, which includes the preserve and more than 250,000 acres collaboratively managed by the Conservancy, local landowners, federal and state agencies and local organizations.

The Conservancy's long-term vision for the preserve is simple: Let the river rediscover its natural floodplain and enable new cottonwoods and willows to spring up, providing habitat for neotropical migratory songbirds, especially southwest willow flycatcher—a species whose population is in trouble.

The Gila River supports one of the highest concentrations of breeding birds in North America and an astonishing array of plant and animal life. In the river are found several fish, including the loach minnow and spikedace, which are federally listed as threatened. A host of other rare animal species also use the preserve's habitats.

A portion of the preserve is owned by the Conservancy in conjunction with the State of New Mexico pursuant to the Natural Lands Protection Act. Further down the river, the Conservancy was instrumental in protecting 560 acres in the Gila Lower Box which is now managed by the Bureau of Land Management.
The Lichty Ecological Research Center, located on the preserve, is a research hub designed to advance understanding of the Gila and Mimbres watersheds.
black walnut trees:
Juglans nigra, the eastern black walnut, a species of flowering tree in the walnut family, Juglandaceae, is native to eastern North America. It grows mostly in riparian zones, from southern Ontario, west to southeast South Dakota, south to Georgia, northern Florida and southwest to central Texas. http://en.wikipedia.org/wiki/Juglans_nigra

The black walnut is a large deciduous tree attaining heights of 30–40 m (98–130 ft). Under forest competition, it develops a tall, clear bole; the open-grown form has a short bole and broad crown. The bark is grey-black and deeply furrowed. The pith of the twigs contains air spaces. The leaves are alternate, 30–60 cm long, odd-pinnate with 15–23 leaflets, with the largest leaflets located in the center, 7–10 cm long and 2–3 cm broad. The male flowers are in drooping catkins 8–10 cm long, the female flowers are terminal, in clusters of two to five, ripening during the autumn into a fruit (nut) with a brownish-green, semifleshy husk and a brown, corrugated nut. The whole fruit, including the husk, falls in October; the seed is relatively small and very hard. The tree tends to crop more heavily in alternate years. Fruiting may begin when the tree is 4-6 years old, however large crops take 20 years. Total lifespan of J. nigra is about 130 years.

cottonwood trees:
http://en.wikipedia.org/wiki/Populus_sect._Aigeiros
Populus section Aigeiros is a section of three species in the genus Populus, the poplars. Commonly known as cottonwoods, the species are native to North America,Aigeiros and western Asia. In the past, as many as six species were recognized, but recent trends have been to accept just three species, treating the others as subspecies of P. deltoides.
They are large, deciduous trees 20–45 m tall, distinguished by thick, deeply fissured bark and triangular-based to diamond-shaped leaves that are green on both sides (without the whitish wax on the undersides of balsam poplar leaves) and without any obvious balsam scent in spring. An important feature of the leaves is the petiole, which is flattened sideways so that the leaves have a particular type of movement in the wind.
Male and female flowers are in separate catkins, appearing before the leaves in spring. The seeds are borne on cottony structures that allow them to be blown long distances in the air before settling to ground.

A cottonwood tree in the fall
The cottonwoods are exceptionally tolerant of flooding, erosion and flood deposits filling around the trunk.
Although each of the three cottonwood species has a different leaf pattern, they all have the same general diamond leaf shape.